This project is produced by Lunamine (Lumiere, Ghent) and supported by the Flemish Film Fund (VAF).

While Wim, with his imaginary #FenceCrossKeys, tries to close the gates to the #ThunderWorld in order to be able to re-enter today’s #GardenofEden, Isabel seems to have found her key in the earthly kingdom of her own garden, and in the book ‘The Secret Garden’ (Frances Hodgson Burnett, 1911).
For this project, Isabel Bouttens, who has a passion for gardening, joins forces with Wim Wauman to investigate together to what extend the roots of the vegetation may or may not reach beyond the grounds of her own garden and Wim’s subconscious flow of thoughts.

Yestoday’s Garden will start as an online poetic diary project in which we, as hunter-gatherers, intend to explore the hidden / walled fairytale garden full of symbols. This garden will gradually come to life through a network of ramifications and associations and culminate into a tree that will grow strong and become visible in the minds of viewers and readers, while filling in the gaps and reading between the (story)lines. Through these fragments we seek to generate a stream of visual, often playful, but equally mysterious associations inviting the viewer to address their imaginative forces. The project does not entail a film version of the book. The story and symbolism of ‘The Secret Garden’-story will rather run like a winding thread through the project in its entirety, which is in essence experimental. We like to keep all options open. The published filmclips/diary fragments initially will be considered as autonomous artistic images which will gradually begin to co-relate with each other. Hence, together they will constitute a kaleidoscopic unity, an assemblage or an elaborate puzzle, of which the parts can be combined, stacked, dissected, frayed, reversed, repeated and thus constitute an interwoven patchwork.

This project deliberately rejects the burden of a storyboard script or preconceived idea, nor will it faithfully chase a fixed aim, ending or form. To the contrary. This project is in essence highly adventurous and experimental. It aims to discover, explore and reveal the potential of improvisation. If it entails anything, then it is probably the love for and implementation of unforeseen opportunities, strange twists and turns. May the process itself be our guide and its impredictable force be with us.

For this reason the project departs from a very straightforward and hands-on approach and will consist of stop-motion as well as drawn animation techniques, abstract as well as figurative imagery and particular attention will also be paid to ‘instant’ animation techniques using innovative, simple and mobile equipment and devices. Additionally Wim will feed, mystify and try to enchant the visual content of the project with his ‘magical’ sentences and words, poems and ambiguous hashtags-‘keys’.

To conclude, it should be stated that the diary project, marks not the end, but the beginning of a new adventure, which might evolve into an art installation, a short-film, script or anything else. It constitutes a substantial new challenge for the flexible and nomadic Blauwhaus ‘art and research’ collective initiated
by Wim Wauman and ithin this context more collaborators could gradually be brought in or the project could be linked to a network of Blauwhaus activities and projects.

Yestoday’s Garden is like the seed of fresh colourful poppies and we keep our fingers fencecrossed that they will grow and become new opportunities and innovative ideas. 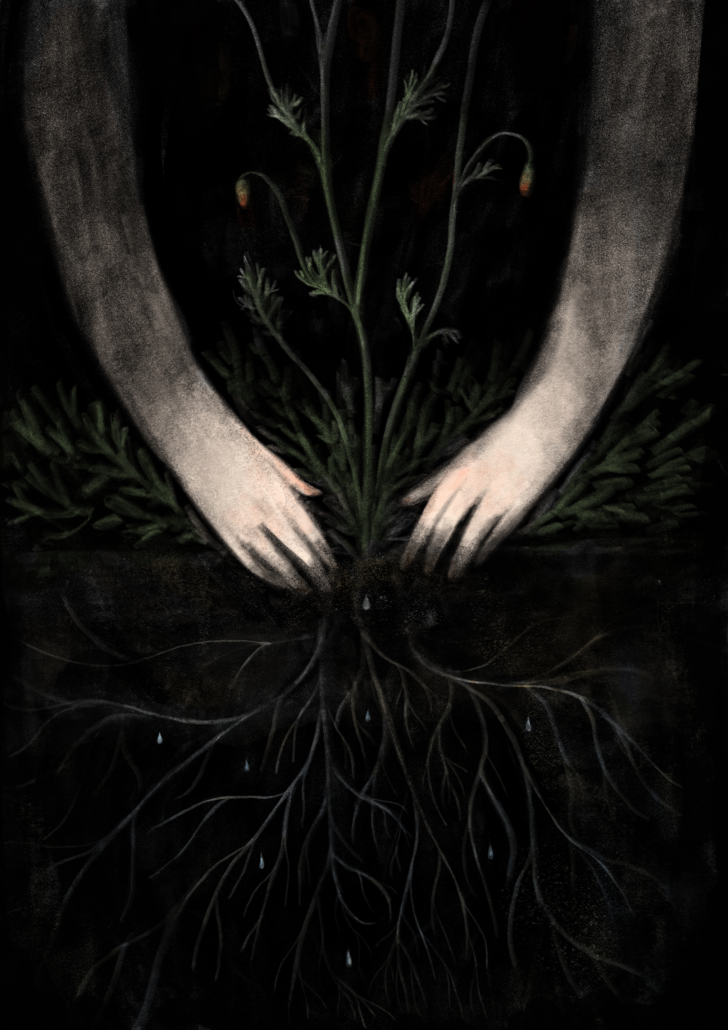